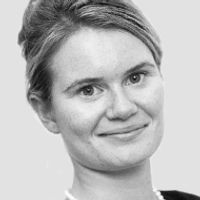 The PRCA Crisis Comm's group hosted a fantastic event this morning; many thanks to the organisers and keynote speaker, Ed Stearns,Directorate of Media and Communications, at the Met police.

The compelling talk was on how the Met responded to the Westminster terror attack last year and attendees were left with a lasting impression of the professionalism of the force and the comms' team when responding to such a major incident.

Communications play a vital role during a major incident to drive public confidence in the police and help the operation as much as possible. It also potentially saves lives by keeping the public updated. Therefore securing buy-in from any organisation before a plan needs to be implemented is fundamental to its delivery and the relationship between the Met's Media & Communications Team and the Force's control room is an excellent example of this. It is also a premise that applies for crisis communications for corporates too.

Ed discussed how, when drawing up a plan, it is very important to learn from case-studies and from others who have experienced similar crises. In the Met's preparation for a major incident, they also invited the media in to find out what information they need from the Met when reporting such incidents and to explain in more detail the police process during these type of incidents.

Ed then went onto specifically discuss the Westminster attack and how the Met communicated throughout. The attack lasted 85 seconds and the first tweet about it was 3 minutes later, followed by the BBC breaking news alert 4 minutes later. The Met put out a tweet explaining that it was aware of reports and would be putting more information out as soon as possible. This was  fundamental to the communications' response because it drew people into the Met's Twitter feed as an information source.

It is also an important lesson for corporates and law firms because a holding statement acknowledging that there are reports of a crisis and that the firm is investigating shows that you are aware of the situation and responding to it. Using predetermined terminology, such as  “we are treating this as...”,  enables you to update people as much as you can without being conclusive as the situation may change.

An internal communication strategy and logging decision making of communications throughout are also steps that should be followed as good practice.  In addition, it is advisable that you prepare with key affiliates and partners an agreed strategy of response in the event of a crisis to make sure that when one does arise you are all aligned in your communications.

The final words of advice, which are significant in any crisis communications, is to remember to review and debrief after a crisis. Lessons can always be learnt for another time and it is important to fully understand what worked best.

“Instill confidence, save lives, and change beahviour” Ed Stearns tells us what he wants from his crisis comms plan and urges us to get to know ours #PRCACrisisComms @PRCA_UK

Negative PR Announcements - What Should I do?
Clemmie Hay

Are You Ready to Talk About the Gender Pay Gap?
Clemmie Hay