Two recent headlines that have dominated the news cycle in the UK and US have brought to the forefront some important lessons in media relations.

The first is centered on the World Cup. Now let me just take a brief aside and say that as an American sports fan, this is a delicate issue for me. To not have the USA competing in the World Cup was a punch in the gut. I remember sitting in a pub back home, watching that fateful loss to Trinidad & Tobago, mouth agape knowing I wouldn’t see my country competing on the grandest stage again until 2022 at the earliest.

That said, as a relatively new resident in London, I couldn’t help but get caught up in the excitement of England reaching the semi-finals of the tournament. Pubs were rammed. The Saint George’s Cross was flying from homes, shop windows and cars. Songs of national pride were ringing out of bus windows and along high streets. I, too, found myself singing “It’s Coming Home” with friends and colleagues – a somewhat self-deprecating song of accepting failures but expecting success in bringing the trophy back to the place the beautiful game originated.

But beneath all of that swelling of patriotism and goodwill lies a relationship that manager Gareth Southgate helped cultivate between his England squad and the public.

I was recently watching BBC Breakfast, and a good friend and former teammate of Gareth Southgate from his playing days was espousing the unique aspects of the manager, and one nugget caught my ear.

He talked about how Gareth had bucked a longstanding trend by holding an open media session for his entire World Cup squad. No preapproved questions, no handlers whisking players to and from interviews or jumping in. It was a real chance for the players to get to know the media, and for the media to get to know the players. His thoughts were essentially, “If my players can’t handle answering unscripted questions from journalists, how are they to handle the pressure of the World Cup stage?”

The results of that initiative became quickly clear. The media enjoyed a more cordial relationship with the players, the coverage of the team became much more engaging, and the fans became more invested in the team. Now, you may think that the positivity stemmed from national pride anyway, but it’s worth remembering that less than one year ago after a string of disappointments, fans were openly questioning players’ passion for playing for England.

The turnaround in perception and fan investment in the team, however, was palpable, even before the unexpected success at the World Cup.

On the other side of the equation, but equally relevant in recent news cycles, is Tesla founder Elon Musk.

It’s very well-known that he has maintained a contentious relationship with the media. Whether it’s been coverage of production delays, workplace injuries or earnings difficulties, Mr. Musk has consistently blamed the media for the negative attention.

Whilst being elusive with the media, he has made claims of sensationalist coverage to generate clicks, “bonehead questions,” and biased coverage against Tesla to favour other car manufacturers who buy advertising.

It’s no surprise then, when Mr. Musk finds himself in the centre of controversy as he did this week, he hasn’t found many friends in the media when it comes to coverage or the opportunity to tell his story.

Within these two polar opposite examples lies a media relations lesson. Failures will happen. Mistakes will occur. But maintaining open dialogue and relationships with media can help mitigate further damage.

It’s why – after a somewhat uninspiring performance by England in the second half and extra time vs Croatia that left the nation gutted – the papers and the public still hailed the team and manager as homebound heroes. It’s also why Mr. Musk has found himself embroiled in another bout of bad press with nothing to do but take a round of punches with little recourse.

Indeed, every situation is unique and requires a strategic approach based on the particulars.

That said, our advice to clients on reputation management and media relations typically revolves around the simple fact that journalists are also human, certainly with business interests but also not immune to biases impacted by personal relationships. It stands to reason that maintaining a “human” level of interaction with media can certainly lead to more positive experiences. The stories won’t always be positive, but you can rely on an open exchange and a reasoned approach if you treat the journalist similarly. 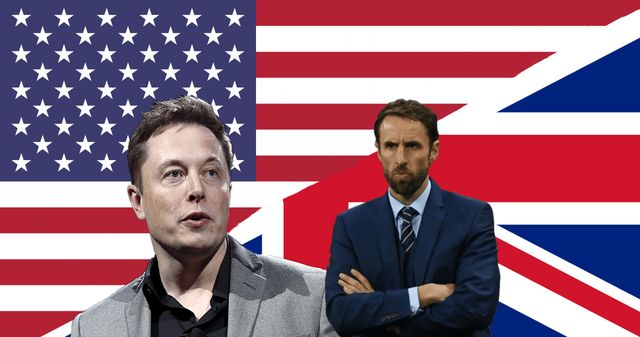 The Death of Business Reporting? Not So Fast
Byfield Consultancy