“The report of my death was an exaggeration,” American humourist and novelist Mark Twain once quipped to an English correspondent for the New York Journal whilst recovering from illness in London.

That quote immediately came to mind as I recently read an editorial from noted business columnist Steven Pearlstein of the Washington Post. In it, he laments “the death of business reporting.” I must admit, the headline caught my eye. As a public relations executive who has built a career working with the business press, the thought gave me pause.

Mr. Pearlstein’s overarching commentary is that in this era of distrust and hostility towards the news industry, organisations tend to shun business media. What’s more, with the proliferation of “owned media” – companies’ own social media channels, websites, etc. – many entities no longer feel the need to utilise the press to communicate to its constituents.

He does admit that part of the responsibility for the state of affairs lies with the media. News staffs have been cut back, and what is frequently left are newsrooms spread too thin to dedicate the same resources and focus to coverage as in the past. That can lead to rushed deadlines and often inexperienced writers who don’t follow the industry or companies to the same extent as their predecessors.

When I moved to London earlier this year, I was eager to compare and contrast the two markets – both in terms of the landscape within media organisations as well as the appetite within the business sector in proactively engaging with the business press.

What I found were quite a lot of similarities in the media landscape – traditional newsrooms are shrinking, reporters are asked to cover significantly more sectors than in the past, and as such journalists are under the same significant pressures as they are in the US. That said, I have found that organisations in the UK tend to be more conversant with the press and open to engaging with them than their US counterparts.

So, back to Mr. Pearlstein’s theme: is business reporting a dying field? In my opinion, to channel Mr. Twain, the report of its death is an exaggeration.

First, I’d argue there has never been a stronger appetite for information about companies than there is today. Through mobile devices, tablets, television screens, traditional print media and other sources, there have never been more options for sharing and viewing content. So, while the traditional long-form article may be on the decline, we now have videos, podcasts, dynamic animated articles, etc. The media isn’t dying, it’s evolving. And it’s evolving to meet the needs of a changing audience.

Second, while I do agree that companies are turning more frequently to owned media, the best companies have not abandoned earned media. Companies that engage will find that when they need the media to explain something important and complex that requires third-party authority, they will have that credibility and relationship to share that message more accurately.

Third, as there does exist a level of distrust in much of the media, I’d argue that phenomenon has increased our reliance on well-regarded media. Reputable outlets and journalists exist in droves, and their authority and influence has never been higher. Smart public relations executives and the companies that employ them understand this.

Call me an optimist, but I dismiss the idea of the death of business reporting. Its evolution causes me to view the state of affairs as the birth of a new era. There will always be naysaying companies who deploy a bunker mentality strategy to avoid the risks. Those who embrace the new era, engage proactively, and address the risks and difficulties confidently will be poised to leave the non-participants behind. An adaptive, informed and proactive business press continues to play an important role in that conversation. 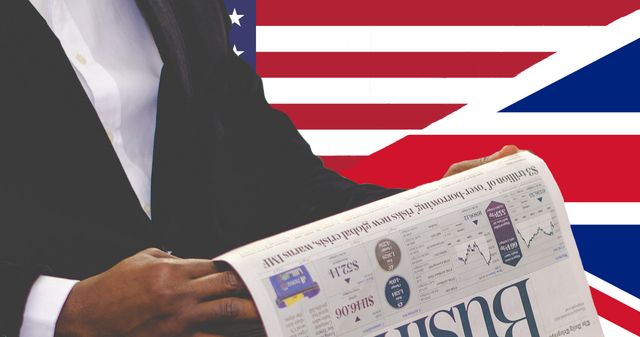