The COVID-19 pandemic has posited an unprecedented challenge to the communications industry. Not long after lockdown set in did the stream of COVID-19 newsletters begin to trickle in to inboxes. There were the obvious pitfalls to avoid. Insincerity is not a good look. Disguising a profit-push for largesse or using the crisis as a marketing ploy is clearly out of line while the brands that failed to adapt their messaging at all came across as tone deaf. For some businesses, dedicated comms could be flat-out irrelevant. A few companies that hammed up their heartfelt thoughts too much were met with ridicule on social media. But while some zealous marketers may have over-egged the pudding, a lot of crisis messaging has really hit the mark.

Businesses have pulled inappropriate campaigns and been assiduous in reassuring customers about continuity of service, about hygiene and safety measures and in reiterating the importance of social distancing. Small, local businesses struggling in this time have made great efforts to stay connected with customers that would be devastated to see them go. PR is an agile industry, and as with every other profession, it will be interesting to see what the legacy of this time will be. But already there are clear lessons to be learned as we review the best PR responses to the COVID-19 crisis.

Sensitive, responsible and tasteful are all bywords for these times. But ultimately we will all be remembered for how we acted, not what we said. With little short term reward to be had, firms should consider their long term reputation.

Consumers are looking for private enterprise, like everyone else, to step up. The car companies including Ford, GM, and Tesla producing ventilators, the distilleries and beauty brands producing hand sanitisers, and fashion labels making PPE equipment are huge scale examples of material public assistance. Beginning with LVMH in France, and luxury houses Estée Lauder and the Kering Group, this was followed by British firms including Jo Malone, Medik8 and Brewdog, all among those making huge scale production efforts. Health and beauty brands have also made wide-scale distribution efforts including charity partnerships with the British Red Cross, Age UK and other not-for-profits, and widespread distribution to NHS and front-line workers, for whom rideshare firms have assisted with free rides. FeedNHS is backed by several high street food chains and two major high street banks confirmed they’d be waiving interest on arranged overdrafts.

In contrast, bad behaviour from huge chains have included wage-theft, dishonesty to staff and defiance of government guidance, the largest firms guilty of such have for the most part been named and shamed in the national papers.

Listing acts of goodwill amongst PR activities, is not to suggest that corporate social responsibility is motivated by self-interest, but rather to emphasise that spin won’t move mountains, and the most carefully drafted press release in the world won’t replace well-advised decision-making. If doing the right thing is too blunt a message, then perhaps an industry conclusion could be this. Bring a PR professional in on C-Suite discussions and save handing them a mess to tidy up later.

2. Ensure your messaging is responsible

For certain brands, with a hygiene or entertainment angle, COVID-19 related messaging is particularly appropriate. Over the years Dove was rightfully heaped with praise for ahead-of-the-curve Real Beauty campaign and now it’s #WashtoCare campaign is similarly well-executed. Entertainment behemoth’s like Viacom are obviously positioned to reinforce social distancing, and their #AloneTogether campaign writes itself.

But while public health messaging is more relevant to some brands than others, responsible messaging for other firms might simply mean being reassuring. At a time when brands will be questioning whether advertising is a waste of marketing spend, feel-good lockdown era ads like those from Bird’s Eye,  Jack Daniels or Dominos go some way to break up the domesday news alerts.

The best integrated campaigns however are not bandwagonny, but creative, targeted and relevant. One such campaign is Carlsberg’s "adopt a keg" campaign encouraging drinkers in aid of their local pub. As comms strategies go, making people spare a thought for an industry that’s been floored by this crisis is a laudable end for an ad campaign.

The best kind of reassurance is a practical solution, and Uber, who have had their fair share of PR difficulties in the past, rose to the challenge impressively. Their website and not to mention their business model saw a total redesign. “A company that moves people is asking you not to move,” was their message, but more importantly they were quick to clearly communicate and address concerns be it cleaning supplies for cars, delivery policies, resources, and community and NHS policies. This is a prime example of a firm who has fully acknowledged the gravity and scale of what is happening, without fear-mongering.

You will have heard it bandied about more recently than ever that necessity is the mother of creation, and with the number of patent requests on the rise that's been proven to be true.

Tech is of course leading the way here but some of the more impressive innovation has been seen in the arts. National Theatre at Home and The British Museum’s phenomenal digital collection are perhaps the most transformative initiatives that have exemplified good communications and created a lot of public goodwill.

While these public institutions enjoy funding which outstrips much of the art and heritage sphere, their success is more than a triumph of product delivery. Where these institutions really succeeded was in their responsiveness in embracing their ongoing, if changing, relationship with the public.

One unusual aspect of lockdown communications is that social media has taken centre stage. For small businesses it is their route to the world and for larger businesses it is still in many cases the most appropriate place to maintain a relationship with clients and customers. Certainly the slicker operations have been engaging well on socials instead of abusing mailing lists.

The National Theatre has, in its nature, an abundance of compelling content and one of the simpler things it's done to keep people engaged has been making and sharing memes of video clips taken from its live streams. But it's not just the dedicated comms teams who have led the way on social media. An outstanding example of this is the Independent bookshop The Book Fayre in Woodhall Spa, Lincolnshire. The Book Fayre has gone from being the physical hub of the village community to creating a community buzz online with daily social media posts sharing personal reading recommendations.

Everyone has different capacities, budgets and approaches, but whether it’s a small owner-run business or a massive conglomerate the same principle holds; being honest, forthcoming and keeping those lines of communication open is the only way to communicate with the public in this time of crisis.

With little short term reward to be had, firms should consider their long term reputation. 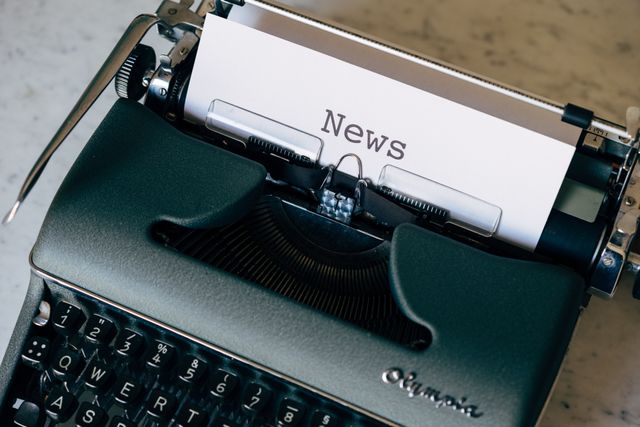 The Importance of a Litigation PR Strategy
Dina Hudson