As we face off the biggest pandemic in modern memory, the importance of ethical communications has never been clearer. Much of the debate around media ethics in recent years has focussed on far-reaching questions about big tech, political interests and fake news. However the global COVID-19 pandemic has pushed ethical considerations back to the fundamentals. Concerns about governmental transparency and corporate responsibility have a fresh urgency. The implications are more immediate and those working in the media, now more than ever, have a responsibility for their role in shaping public debate. As they go about their work, teams must continue to ask themselves whether it is responsible to communicate as they are.

And so businesses have a challenge on their hands. In an atmosphere of financial uncertainty, they have difficult decisions, first to make and then to communicate. They will have to consider both internal and external stakeholders. They must address concerns about safety and hygiene. They must clarify what they are doing in terms of business continuation and protocol. That’s before you get to the nitty gritty of messaging, outreach and marketing spend. And in all of this they must consider the ethical dimension of what they do.

It goes without saying that no one in a professional position should lie but it goes further than that. Of course PRs should not disseminate falsehoods, but they should also take particular pains not to do so unwittingly. More than ever it is the time to be proactively transparent. For example, a lesson can be learned from the UK Government's recent vague communications regarding tracking and tracing protocols – they have faced criticism for not being more forthcoming. This shows that a lack of clarity can result in the loss of public goodwill. Similarly with companies, the public will quickly grow frustrated if they feel that information isn’t being made clear to them. There is a strong feeling right now that the more vocal brands are perceived as having responded better to the crisis. Bearing in mind the ever-developing global situation and ubiquitous news alerts, PRs would do well to recognise that people want their information and people want it quickly. Taking efforts to be transparent, and to share early, should be the particular aim of any crisis-era PR strategy.

Refusing to feed the fear

While it only seems appropriate to gesture to the gravity of the ongoing global situation, the single worst thing any communications campaign could do right now would be to fearmonger. This goes beyond scaring people to sell snake oil. Newsjacking negative stories to draw attention to your brand in a time of crisis is, if nothing else, distasteful. As tempting as it might be for PR professionals to get their hits, you have to question the value of that visibility. B2B firms and professional services in particular may lose the respect of their industry peers. To invert that broken old adage, not all publicity is good publicity. It also shows a cheap read of public appetite. With bad news easily found, positive news has a new value and that means being more discerning than usual about where you’re seen to comment.

Responsible messaging takes on a particularly clear meaning in a public health crisis. Before you get to the nuances of balancing positive and sombre messaging, of being solicitous without frustrating consumers by ‘trying to be their friend’, firms must ensure they do not encourage anything contrary to public health. That currently means everyone should be beating the same drum as regards social distancing protocol. This is the simplest part of negotiating crisis-era comms, because it simply involves adhering to official guidelines. What is important is that you keep up to date as official advice changes and continually review your output.

Practising what you preach

Just as firms boasting about their CSR efforts need to put their money where their mouth is, and companies publicising diversity initiatives ought to see them through, it is so important to practise what you preach. Anyone putting their head above the parapet to publicly comment on an issue is setting themselves up for failure should they fail to see it through. The media won’t shy away from pointing out what they see as corporate hypocrisy. This could be the warm and cuddly ‘reassurance’ brand neglecting their own staff, or the company advertising their support for a struggling industry without making concessions to them. These firms should beware.

Perhaps it seems self-important to allude to some grand moral purpose when the reality is marketers will always be keeping a ready eye on the bottom line, but these things matter. The sight of supermarket shelves picked bare was one of the more apocalyptic harbingers when COVID-19 began to rapidly spread. For much of the young, healthy public this was the first thing about the unravelling crisis to really shake them. A video of an NHS nurse in tears after driving to the supermarket after a long shift to find the supermarket emptied of any fruit and vegetables was viewed millions of times after being shared on the BBC News website. In response to the crisis, the supermarkets’ practical measures and concessions to NHS workers and the elderly have made an enormous difference but so too have their communications. By showing empathy to customers and supply chains, and being transparent about what was going on behind the scenes since the first spike of panic buying, supermarkets have created some understanding and goodwill and respect for staff, without which ongoing issues with product shortages and long queues might have been less well tolerated. This reassurance is priceless.

All of this is perhaps stating the obvious. All of these ethical considerations are of course not concessions but good practice. In a world demanding ever more transparency, bad practices will bring bad results. And at a time where individual action is so visibly needed to promote a common good, we should all take great, great care.

In a world demanding ever more transparency, bad practices will bring bad results. 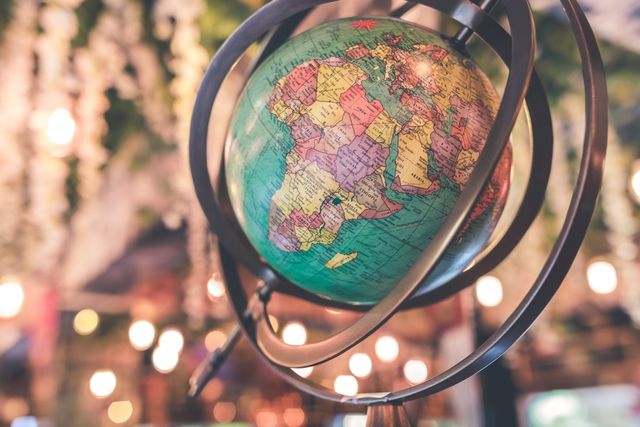