Earlier this month, Byfield Consultancy and Commwiser held a virtual roundtable focused on litigation in India. The founders of each agency (Gus Sellitto of Byfield and Aman Abbas of Commwiser) were joined by Abhijit Mukhopadhyay (President (Legal) and General Counsel of the Hinduja Group), Angela Bilbow (Ex-editor of CDR Magazine) and Madhavan Narayanan (Senior Editor and Commentator).

The discussion focused on six crucial areas of litigation PR:

Research conducted during the event delved into how useful PR can be as part of a litigation strategy. An overwhelming 66.7% of participants believed that PR could assist in settling disputes outside of court. Participants believed that the prospect of a dispute being played out publicly, affecting the reputation of those involved, could potentially influence whether a dispute is settled out of court. Furthermore, the research revealed that 100% of participants agreed that the way in which a dispute is reported in the media impacts the reputation of a business.

Reputation management was identified as an important component of a litigation strategy. Gus Sellitto, Managing Director of Byfield Consultancy, stated that: “while you can win or lose in the court of law, you can also win or lose in the court of public perception”. Therefore, when disputes arise, it is important to manage not only the legal battle but the reputational one, too. Through an effective litigation PR strategy, it is possible to mitigate the damage caused by disputes and, ultimately, reduce the financial impact on a business.

Managing the media is essential to the reputational battle

The concept of the media as a social judiciary was discussed by Madhavan Narayanan. A good PR practitioner should work closely with the lawyers to ensure that the communications strategy is aligned with the litigation strategy. Notably, it is not that a litigation PR strategy should seek to actively shape opinion through distorting the truth but, more so that it should be in place to deliver the truth and correct any falsifications.

The Litigation PR strategy should be implemented before the litigation

During the discussion, Angela Bilbow stated that it is beneficial to understand the reputational aspects of a dispute before anything is even filed. It is crucial to be strategic and not just defensive. Strategically pre-planning potential situations helps in ensuring the best outcome for concerned parties.

There is a relationship between the individual, group and dispute

There is often a strong association between an individual and a business - it is hard to detach the two. Abhijit Mukhopadhyay suggested that there is a greater detriment on a business due to the reputational damage arising from a dispute, as it sticks in the consumer’s minds. Therefore, a dispute ascribed to a person can be detrimental to an organisation as a whole.

Strategies can differ, but you must always have one

In some cases, a dignified silence is most effective, wherein others communicating facts is necessary to avoid harmful reputational damage - the broader environment must be considered in the decisions. The commonality, though, is that both circumstances require strategic thinking, planning and execution.

The round table drew concurrence in its conclusions – in that a dispute is multifaceted, and the legal and reputational battles are as much interrelated as they are disparate.

If you missed the roundtable and would like to watch a recording of the event, please click here. 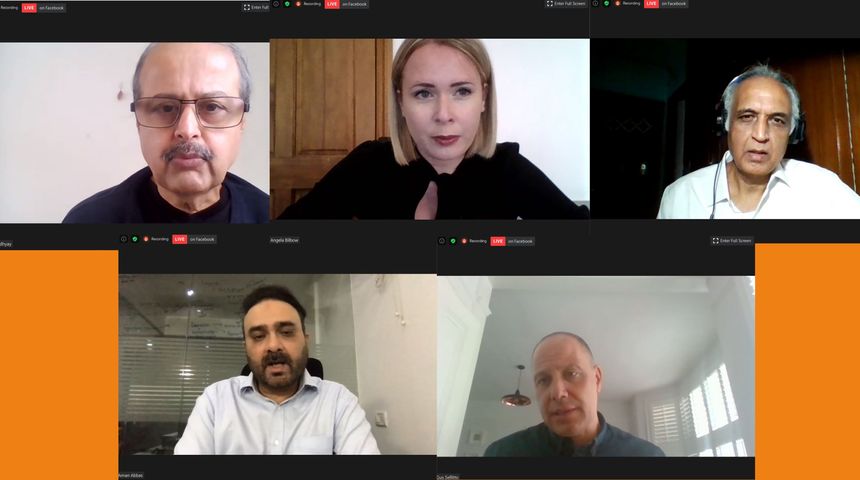 How to Avoid a Reputation Crisis When Presenting to Your Employees.
Dina Hudson
Recent posts from Byfield Consultancy