James L Barksdale, a pioneering executive – and endless source of aphorisms – who operated during the late 90s digital boom, famously quipped that “in a fight between a bear and an alligator, it is the terrain which determine who wins”. Whilst initially meant as a warning for firms to carefully pick their corporate battlegrounds, the statement has proved an insightful truism about the dangers of competing on social media – to ensure that your content is maximised to its fullest, you need to ensure that it is landing on the right site, and in the right way.

Currently, many firms push out the same content across multiple social medias, with no eye for specialisation. Press releases are trimmed into LinkedIn posts, which are in turn trimmed into Twitter posts with little thought given to how to maximise the engagement across the various channels. At Byfield, we believe that social media can be done better by tailoring your content to the respective feeds – and here’s how:

During the Trump years the site became the de facto source of Executive announcements, eclipsing the White House Press Office as the source of direct statement and policy intent. Regardless of your view of his politics, it is undeniable that the Trump campaign’s (and subsequent administration’s) use of twitter to connect directly with his target audience was a huge communications coup for the disgraced former President: allowing him to engage his voter base directly, and with significant results. During this time, Twitter has developed into something larger than what has been traditionally understood as a ‘social media’. The website has developed into its own media channel - simultaneously the source and the destination of news; commentary; analysis; investigative journalism; announcements; accusations; manifestos and customer interactions. It is in many ways, the first entirely two-way medium.

So what can we learn from this? The key takeaway is that Twitter is the perfect channel for delivering short announcements. This could range from building reputation by interacting with your audience via replies; engaging your stakeholders with questions; or entering into the dialogue going on within your ecosystem. In short, Twitter provides the ability for a firm to act with a ‘voice’, and more specifically to interact using that voice. Firms should seek to create a company voice that is in line with their messaging and brand identity, which – when all three are blended – will create a ‘persona’ on twitter, a anthropomorphised version of your brand. Many consumer brands have been quick to adopt twitter personas, most notably the (now notorious) Wendy’s account, whose company persona  has been the subject of numerous studies on social media engagement – and who coincidentally, also dropped an excellent mixtape – yet B2B companies have been slower to see the value of a company persona, only recently beginning to see the value of twitter as a ‘voice’ to their holistic identity, and as a tool to build reputation.

Those of you reading this blog who were early adopters of LinkedIn may remember the chaotic early days of the website; struggling to find its niche within the broader social media circus, and initially operating more as a professional version of Facebook. Since those early days, LinkedIn has come a long way to carve out its place within the broader digital media: as the home of business thought leadership. The site has imported the ‘influencer’ model from Instagram, and entrenched it by sharing thought leadership articles, blogs, and other content from those deemed to be industry leading thinkers. This in turn has led to a surge of competing thought leadership and profiling, establishing the ‘influencer’ model as the site’s modus operandi for encouraging and perpetuating the creation of content. Those established industry figures who became early adopters of this format (like Richard Branson ranked the second most significant influencer on the site) were able to protect their reputations as industry leading thinkers, whilst newer innovators (such as Hootsuite founder, Ryan Holmes, ranked 9th) were able to boost their profiles and develop their reputations for market insight.

To make the most of the LinkedIn format, firms should seek to use long-form content such as: whitepapers, reports, market analysis and commentary are all ideal posts for firms seeking to display their expertise and market insight, ideally posted as an attachment alongside a brief post outlining the offering and some of the key points within. Alternatively, those firms that seek to display their ethos and ideology can use blogposts, essays, award wins, interviews or press releases as collateral to develop their brand sentiment, whilst using the post itself to engage your audience, and encourage them to read your insightful content. In short, LinkedIn provides an excellent way of issuing collateral and statements that support your business objectives, and which align with your messaging and ideology. Where Twitter allows you to get into the nitty-gritty of the conversation; LinkedIn offers a professional, stately podium from which to announce, challenge, decry and promote.

If we were to imagine a hypothetical company that produced and sold ’content’, then a suitable analogy would be to suggest that Twitter is its marketing team – interacting with its audience and promoting the product, in which case LinkedIn would act as the sales department – driving the content out towards the audience for consumption. To continue this metaphor, Facebook would likely act as the operations and logistics department, focused almost entirely on delivering the content to the widest audience at the lowest cost.

Firms that produce sleek video content which encourages being shared to co-workers, or use Facebook’s sophisticated audience identifying solutions to boost their emotive content, enjoyed substantial returns on their investment into the channel, as the medium is specifically tailored to encourage the sharing and re-sharing of viral content throughout a sector or ecosystem. The structure of the site is designed to allow you to add shared events to your calendar, and the ‘user culture’ of Facebook promotes the sharing of video and text content amongst your social circles. Moreover, Facebook’s comprehensive data analysis capability and ability to identify target audiences complement the website’s ability to act as a ‘vehicle’.

Consequently, Facebook should be considered as a primary outlet for video content, advertising spending, and wide-reaching content that is engaging and applicable to the wider ecosystem. Just as Twitter is a dialogue-focused, and LinkedIn is a source of thought leadership – Facebook’s unique value is that it provides the vehicle for your content to be dispersed across your target demographics. Despite – or perhaps because of – this simple offering, Facebook has carved out its own niche within B2B and B2C communications as a source of organic, memetic growth for shareable content.

Whilst its firmly ‘anti-establishment’ slant makes Reddit a broadly unsuitable place to host corporate content (certain extremely embarrassing marketing failures have proven that it is extremely hard to harness the ‘reddit hivemind’); in the wake of key events such as the GameStop short squeeze, Reddit is increasingly becoming recognised as a litmus test of consumer sentiment, and broader public opinion of key events. Whilst we recommend avoiding posting corporate content there, its internal-forum structure means that there is a subreddit for every sector, and its counterculture angle often leads to ‘behind-the-scenes’ commentary from insightful insiders.

Instagram is certainly of merit to firms that have a strong focus on the aesthetic of their business. For those firms that work in, or overlap with consumer facing sectors, Instagram may provide substantial promotional value amongst younger demographics, especially when presented in a well-designed and youth orientated style. In addition, something worth noting is that Instagram has increasingly played a role in recruiting. By presenting their office, workforce and staff, image conscious firms can promote their heightened aesthetic, attracting and retaining younger talent.

Clubhouse certainly has the potential for greatness; its focus on large-scale audio communication and its targeting of the business world is an incredibly insightful analysis of a possible market gap – but the execution leaves a great deal to be desired. Famous firms, or those who boast industry leading clients which are extremely ‘in demand’ could use Clubhouse as an audio-based method of managing the ‘supply’ of their content (e.g. commentary, press releases and briefings); or alternatively could use the app as way of hosting large meetings (e.g. Investor briefings, townhalls).

A form of social media oft-overlooked by the anglosphere is the international social medias – or perhaps a better way of thinking of them is as ‘domestic’ social media, operating largely in one nation and catering (broadly speaking) to one cultural group. When targeting firms or individuals in particular regions, it is always advised to also engage with your audience via the dominant local social media, and -when possible – in the language of the region in question.

In particular, those firms who are considering entering into Chinese markets should consider using WeChat or Weibo to engage with their audience, whilst those who are interested in Russia or the CIS are best served using Vkontakte.

As we’ve discovered, each and every social media has a particular niche – a particular source of value, to be teased out by talented PR’s who appreciate the need to tailor your content to match these channels to maximise effectiveness, and to ensure that your content remains competitive with that of other firms in your sector.

Some twenty years after Jim Barksdale’s tongue in cheek quote about bears and alligators, we are finally seeing businesses apply this mentality towards the arena of corporate communications, something that we think James would wholeheartedly support.

"After all, it's the future of business communication that we're looking toward." 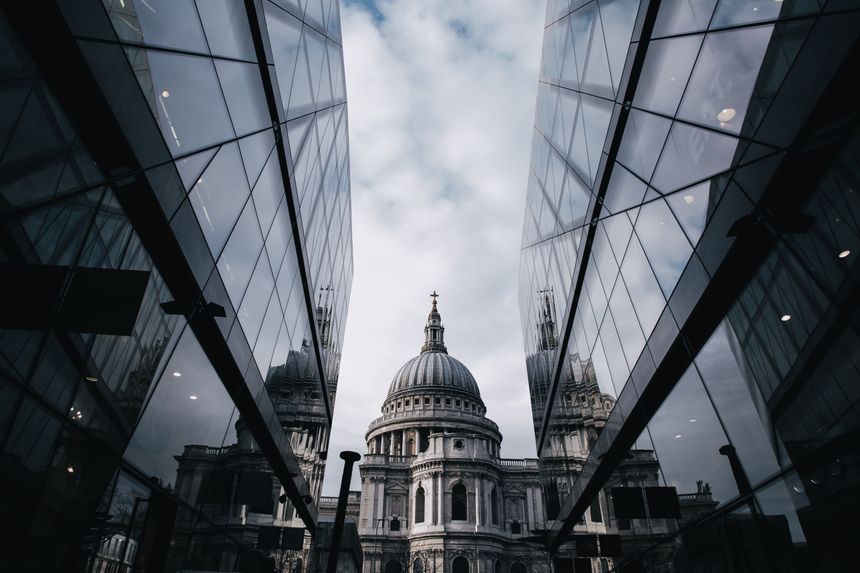 Exclusivity vs. Utility: The Argument Around Clubhouse
Tobias Sansome

How to Avoid a Reputation Crisis When Presenting to Your Employees.
Dina Hudson